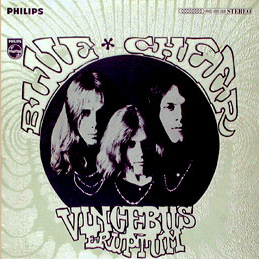 The answer to the question is… not many!  If you’ve seen the movie “Saint Misbehavin’: the Wavy Gravy Movie”– you know what I mean.  Wavy Gravy (Hugh Romney) is an activist and defender of peace, basic human needs and humanitarian causes. He spread the word around the world in a group called The Hog Farm  dressed as a juggler, a clown in a caravan of psychedelic painted buses in the 1960s.

As a matter of fact he wrote the song called “Basic Human Needs” (the existence of certain universal needs that must be satisfied if people are to prevent or resolve destructive conflicts – International Journal Of Peace).  Wavy Gravy was always an apostle of peace and love and still is to this day. He also works very hard at it.  Wavy says, “some people tell me I’m a saint, I tell them I am a saint misbehavin’”.

Hugh Romney (Wavy Gravy) was born in East Greenbush, New York and grew up in Princeton New Jersey. He would take walks with Albert Einstein, be roommates with Bob Dylan (while writing A Hard Rains Gonna Fall) and become a beat poet in Greenwich Village. He became the poetry director at the Gaslight Café (New York City) and was instrumental in introducing jazz and poetry there. He was so popular he began opening up for acts such as John Coletrane, Thelonious Monk, Peter, Paul, and Mary plus many others.

At some point Wavy becomes part of an improvisational group from San Francisco called “The Committee”. He and his wife Bonnie Jean are living outside of Los Angeles in 1965 when a neighbor (recovering from a stroke) offered a mountaintop spread rent-free in exchange for slopping the hogs.  Thus was born The Hog Farm commune and will be Wavy Gravy’s headquarters for everything else to come. There would be many humanitarian bus tours, tours with Ken Kesey & the Merry Pranksters, also an MC and member of the support crew “The Please Force” at Woodstock along with The Hog Farm.

All in all, the movie covers his life and work pretty thoroughly (including iconic friends and colleagues from the 1960s). I came away feeling that this was a very good man and serious about making the world a more happy, safe  and peaceful place to be in. It is also a history lesson about how the 60s really did change the world and we feel it still today.

The scope of his goodness is much more than can be covered in this post.  If you’ve never heard of  Wavy Gravy or are interested in learning more, it will be well worth your time to see what’s behind this cosmic clown and all that he’s done. Pretty fascinating.

How did the Griffin Moscoso Collaborations come about?

There were many Griffin Moscoso collaborations.  Victor Moscoso ran into Rick Griffin for the first time in the Spring of 1967.  He saw what looked like “Jesus Christ with a portfolio in his lap” at The Family Dog offices where he was picking up a check that day.   Their first meeting was magical.

Griffin had come over to Moscoso’s house with a layout of lettering around an oval shape.  he needed collaboration on what would go inside the oval and how to finish the piece.  Moscoso traced and used Griffins face in the oval shape, but his features are made of butterflies, peacocks and stars.

Interesting footnote here: Rick Griffin’s lettering on this poster was a gag. It says absolutely nothing!  Most poster art lettering was intentionally made hard to read (thru creative graphic effects) in order to keep the viewers attention.  This was a main stay of Griffin Moscoso collaborations as well as other psychedelic poster artists.  You know, the harder to read…the better!  So, as a spoof Griffin did the poster you could never read – because there was nothing to read!  That was the poster for a Chuck Berry Concert at The Fillmore West Ballroom

According to Moscoso, he and Rick Griffin worked on six posters together and they were all good.  (I do not doubt that with the caliber of talent here).  They would do them all at the same time and the same place.  Many Griffin Moscoso collaborations would consist of  what they called “jams”.  This was taken from “jam sessions” where musicians trade licks with other musicians.  This seems to have been a very rewarding and fun partnership.  “Neither Rick nor I ever did anything that we didn’t want to do” – VM.

They often would be able to solve each others problems.  Working with complicated graphic processes with the printer (at least to this author), one of them would come up with something perfect to  complete the others creation.  “Not only is it a perfect solution, but it’s a surprise, because it’s coming from another mind.” says Moscoso.