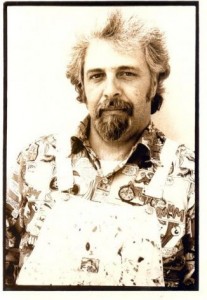 I am extending my conversation about San Francisco band Blue Cheer. It seems they were very much the residents at the corner of Haight-Ashbury in San Francisco. (This was at the height of Hippiedom in the mid 1960’s).  It is very interesting to me how the Pinnacle Rock Concerts (based in LA) seemed to really bolster their career. San Francisco was a very fertile ground for up and coming musical artists. Many like The Grateful Dead, Jefferson Airplane, Big Brother and the Holding Company made their bones right there in San Francisco.

The counterculture movement was happening everywhere. It was happening in San Francisco as well as Los Angeles, New York and all the world. However (California in particular), the scene in Los Angeles (music as well) was much different than Frisco. It is interesting to me to explore why San Francisco band Blue Cheer would be so wildly popular in LA.

In my opinion it could be that many bands in San Francisco derived mainly from folk music roots. I know this to be true of groups like the Mamas and the Papas, Jefferson Airplane, Crosby stills and Nash and Quicksilver Messenger Service. Many of these mentioned were influenced by Fred Neil and the coffeehouses and the “beat” movement in Greenwich Village New York in the late 1950’s.

They were followers of the folk movement and turned it electric after many of them moved to California. Case in point: David Crosby wanted to call his group (before CSN) “The Sons Of Neil”.  Thats how deep seeded the “folk” connection was. More on this in another post.

Los Angeles artists included The Doors, The Seeds, Frank Zappa & The Mothers of Invention, Capt. Beefheart and Love.  Not really the “trippy” kind of music coming out of S.F.  Although some of LA bands could be considered crossover folk acts they didn’t rely on those roots. It seems (to this author) it was much more electric blues oriented than folk music. For a San Francisco band Blue Cheer made a huge splash in Los Angeles. This music being created in LA was much more more electric, harder edged, and heavier.

As we mentioned in the previous post, Blue Cheer was wildly popular and accepted in Los Angeles. I am trying to determine if this is how they captured national attention. It is odd to me they landed a spot on Dick Clarks-American Bandstand…pretty commercial stuff.

But, you must remember their 1st Album was a huge success, peaked at number 11 on Billboard and still sells to this day. They certainly had strong management (see Eric Albronda comments), promotion and support in LA. I think I lean toward the opinion of our friends at Rock Prosopography 101

Blue Cheer had cachet insofar as they came from San Francisco, but their  music was pretty far from the sinuous folk rock improvisations typical of the Fillmore. The San Francisco band Blue Cheer was a loud, loud, loud and proud power trio, playing through veritable wall of Marshall Stax amps.

I may be getting closer to some fire on this. I just stumbled across a list of gigs for Blue Cheer in chronological order (a real labor of love by Bruno Ceriotti). This is unbelievable! What I learned was the many transformations (every few months!) of this group.  Five incarnations from 1966 until July 16, 1967 which evolved the power trio Dickie Peterson, Leigh Stephens and Paul Whaley.  They would play non stop until September 1968 promoting the albums “Vincebus Eruptum” & “Outside Inside”.  Line up #6 would soon take over.