Not to be mistaken for “Jersey Shores” U.S.A., our story comes from across the pond.  In August of 1963, world supergroup The Beatles toured The Channel  Islands.  This leg of the tour incorporated different ballrooms and auditoriums  throughout crown dependancies of Jersey and Guernsey in The English Channel. 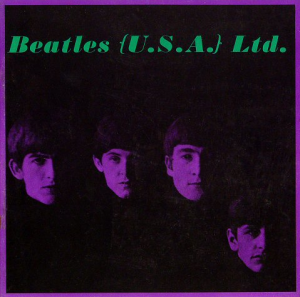 Posters and all types of Beatles rock memorabilia are being made available to commemorate their debut concert tour from 1963.  August 6, 2013 (Next Tuesday) begins a 50th Anniversary celebration of  The Beatles coming to The Channel Islands. The original tour of the Islands lasted August 6th-10th 1963.

Tracks, LTD. is  one of the world’s largest dealer in Beatles rock memorabilia. During the celebration, they are encouraging the public to submit any Beatles artifacts for free appraisal. This (of course) includes rock posters, concert programs, handbills and ticket stubs etc. It works the same way as the TV show “American Pickers”. People have junk in their attic’s or basements they haven’t cleaned out in decades. Only to find artifacts of rock or Beatlemania ephemera that are rare, collectible and sometimes very, very valuable.   Tracks, LTD. says for some reason The Beatles rock memorabilia have doubled in value within the last five years. This major increase is much quicker and higher than most other rock ‘n roll collectibles.

Here are a few examples of how much your posters and stuff may be worth:

The general public and collectors are watching rock memorabilia allot more closely and more seriously as investments these days.  It is becoming, not just a nostalgic whimsical kind a thing, but something worth investing in.  Especially with the sharp increase in value on Beatles rock memorabilia.  You actually have a “better than fair chance” of turning pieces around for a profit in a relatively short period of time.  Remember, their value has doubled or tripled  in the past 2 to 5 years. That’s smart money.

Along with Beatle posters and signed Beatle record albums,  written material, autographs, fab four clothing, personal items and original posters from The Channel Islands tour are in very high demand. These items will fetch some high bids when auctioned. Also, artifacts of other rock stars are on the rise.   Jimi Hendrix,  The Rolling Stones, Pink Floyd, Led Zeppelin, The Who and Bob Marley.  Rock memorabilia from these artists are highly valued,  but not as much as items from the fab four.

Why Cool Rock Posters From The 60’s are Most Valuable