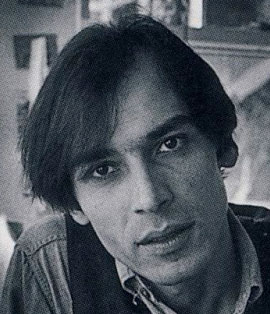 In 1936 a farming community in N.W Spain and The Spanish Civil War were the backdrop to the birth of Victor Moscoso.  He would soon become world famous as a rock poster artist.

But, before that, his family would move to the states around 1939-40.  To Brooklyn, NY in particular.  There’s a funny twist here.  Victor’s father was born in New Jersey.  After his Dad’s parents split the mother (Victor’s grandmother) brought his father back to Spain!   Just the opposite of what happened to Victor.

His childhood was relatively happy.  But, growing up in Brooklyn was tough – you don’t come away without street smarts.  “What doesn’t kill you, makes you stronger” the artist was quoted saying.  Victor (to escape the gangs & violence) will join the athletic clubs – track in particular and specializing in the mile run.

After High School of Industrial Art –  Victor would then start at Copper Union College. Learning NOW he wanted to be a fine artist not a commercial artist. “because, most of the craft that I learned, I learned at Cooper Union” – VM.  He would learn about Josef Albers and his theories on color and vibrating color.  (These techniques are used widely in Victor’s rock poster work)  Until he would actually take classes from Albers at Yale from 1957-1959.

1959 Jack Kerouac’s -On the Road is published and Victor was bitten by the wanderlust bug.  On the Road to California.  There, he attended the San Francisco Art Institute, where he eventually became an instructor.